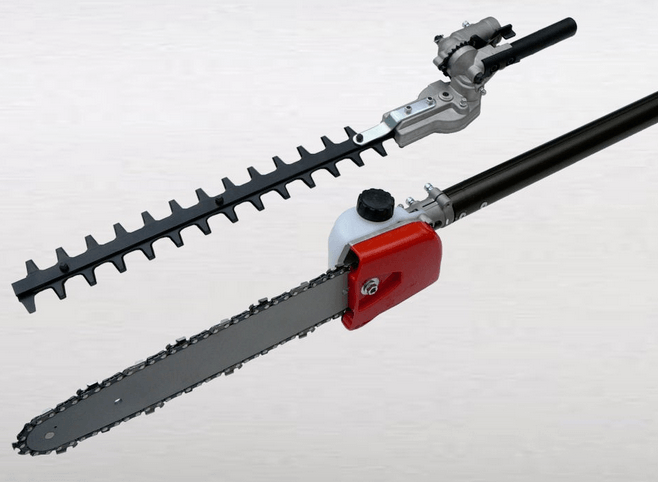 As similar as they look, a hedge trimmer and a chainsaw are not the same things. Each one of these two-garden equipment has its own unique function. As a gardener, you need to understand the specific uses of each of these tools as well as their differences.

Why? It is simply because they’ll come a time when you’ll need to choose the more appropriate and safer of these two tools for a particular task in your garden.

We’ll be highlighting the differences between the tools in this post. If you’d like to know, stick around. Meanwhile, do not forget to always wear protection on your eyes when you’re using any of these two devices.

Differences Between Chainsaw And Hedge Trimmer

A chain saw has bars, but so do hedge trimmers. They also both come in petrol-driven versions or electric-powered versions. However, this is how far these two goes as far as similarities are concerned. Visit Greenmachinery.co.uk to learn how to determine a good quality petrol hedge trimmer.

When it comes to cutting action, a chain saw functions very much as a band saw. Their teeth go around the bar and tear apart whatever stands on their path while they move.

On the other hand, hedge trimmers are more like reciprocating saws in their cutting action. Their blades tend to move back and forth while cutting everything that fits into the bar notches.

A chainsaw is mainly designed for chopping down tree branches and trunks. Typically, they have bars that are up to 48 inches long or even more. This long bar can penetrate a large tree’s trunk and cut it. The only other options for felling a tree are long hand saws or axes.

However, a hedge trimmer’s main task is to shape shrubs and hedges by clipping off the ends of small branches. It is a much faster way of pruning without having to use shears or clippers. Based on their function, it is easy to tell that hedge trimmers are not as powerful as chain saws.

Can You Use Chain Saws to Trim?

Knowing what they are made for, it would be a waste of time to try to use your hedge trimmer as a tree cutter. This equipment just doesn’t have enough power for this kind of job.

Meanwhile, a chain saw can still work for trimming. They have so much power as well as a considerably long bar that they can use to tackle smaller branches with ease.

That said, using a chainsaw for trimming can also get you frustrated at the end of the day. This is principal because they just aren’t designed specifically for this task, and also because they tend to push tiny branches aside rather than cut them.

Besides, these small branches can harm your saw if they get stuck in the tool. Branches getting stuck in saw can also cause a kickback which will likely harm the operator as well.

What do you do when a Shrub is too Thick for a Hedge Trimmer?

Sometimes it can be unclear which tool to use for what task. However, try to consider how big the branches you’re to cut are. If they’re so big that they can’t fit inside the hedge trimmer notches, then you might want to use another tool.

Whenever you’re stuck with a huge shrub or large bush that have branches too big for your hedge trimmer to cut, try using a forest-clearing saw or even a brush cutter. The clearing saw has a pretty long shaft that keeps the equipment far from the user.

Plus, this saw can cut branches as thick in diameter as four inches. Try as much as you can to use a tool for the task it was made for. This will help the tool last longer and keep you from harm.

Scroll back to top